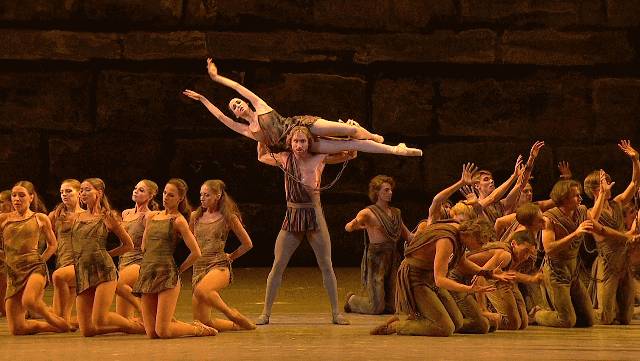 In Imperial Rome led by Crassus, Spartacus and his wife Phrygia are reduced to slavery and are separated by slave dealers. His love for her and his desire for freedom lead him to revolt against the Roman army with the help of the other captives. But the treacherous Aegina, who seeks to conquer Crassus and gain power, will get in the way of Spartacus’s plan.
Read More
Please select a venue to view show times.