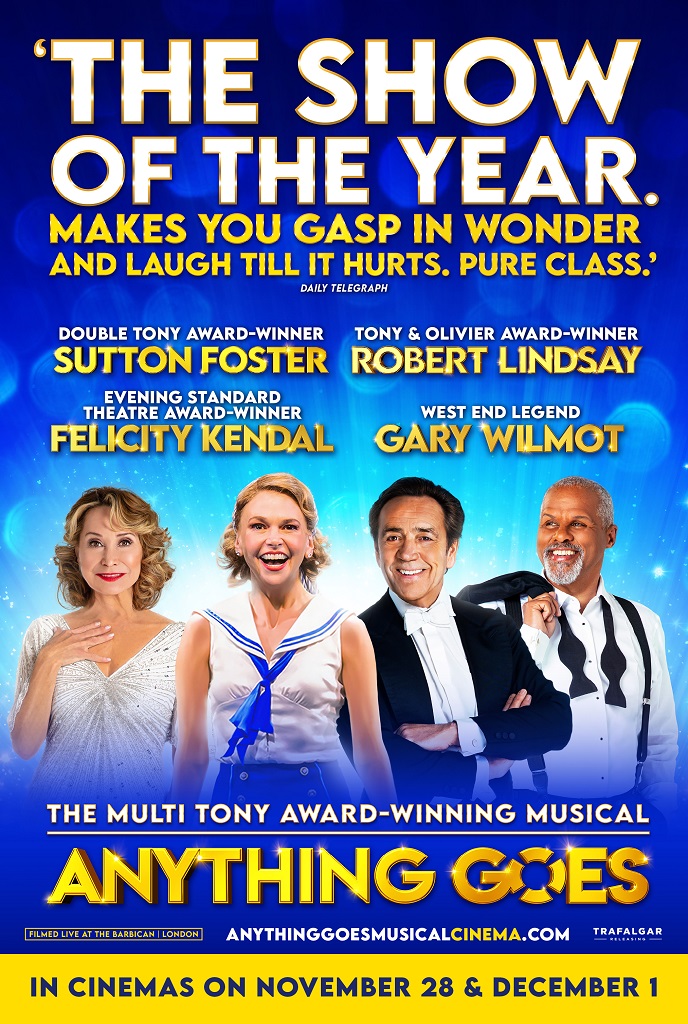 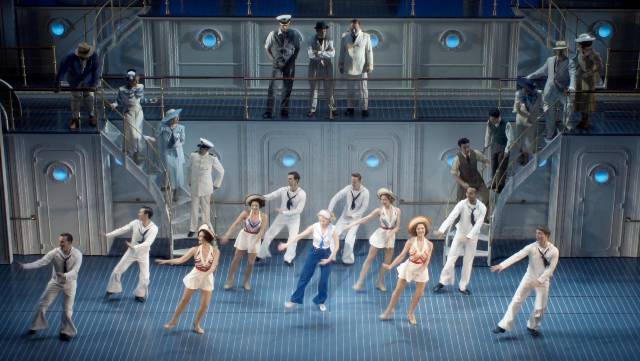 Anything Goes - The Musical

Don’t miss Anything Goes, ‘the show of the year’ (★★★★★The Telegraph) and a ‘fizzing tonic for our times’ (★★★★★The Guardian) when it sails into cinemas nationwide. Filmed live at the Barbican in London, this new 5-star production of the classic musical comedy features an all-star cast led by renowned Broadway royalty Sutton Foster as Reno Sweeney, alongside Robert Lindsay (My Family), Felicity Kendal (The Good Life) and Gary Wilmot (Chicago). A heart-warming romance with spectacular dance routines and some of theatre’s most memorable songs, Anything Goes is ‘a joyously shipshape revival’ (★★★★★The Observer).
Read More
Please select a venue to view show times.