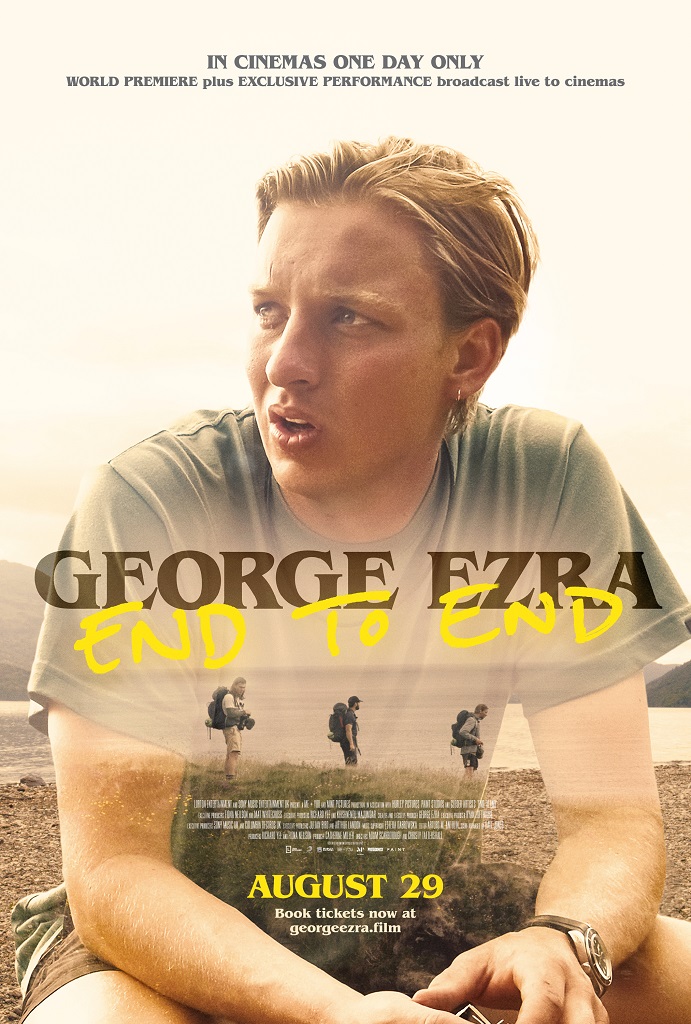 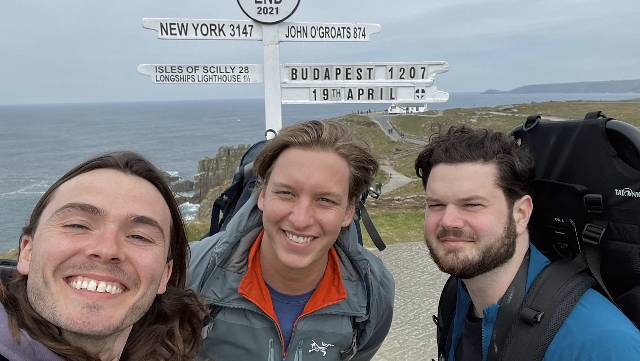 In 2021 George Ezra, one of the biggest music stars of his generation, made an unforgettable journey across the UK, walking 1,200 miles across 95 days from the most Southerly point of England, Land's End, to the most Northern tip of Scotland, John O'Groats. Meeting musicians along the way, he both discovers and reconnects with the country after months of isolation, while reflecting on his relationship to his music and live performance.

End to End features acoustic performances and tracks from his number 1 best-selling album Gold Rush Kid. George's journey across the UK filming End to End was sound tracked by the evolution of the new songs and creates an insight into his process of bringing his long-awaited third album to life. End to End is a life-affirming joyful and moving film.

End to End will be released in cinemas for one day only on 29th August. The film will be followed by an exclusive performance from George Ezra broadcast live to cinemas from the World Premiere in London.
Read More
Please select a venue to view show times.